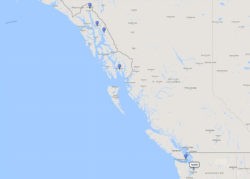 Vancouver Cruise Port – Gateway to Alaska Vancouver is consistently ranked as one of the most beautiful cities in the world so it’s no surprise over 800,000 cruise passengers come through the Port of Vancouver each year, extending their stays before or after their cruise[…]